The Women’s  Industrial  Union was  a breakaway union from the General and Municipal Workers’ Union,   formed by Pat Sturdy at the Lucas factory in  Burnley in May 1971 because she had  become very disillusioned with the attitude of the male-dominated union  who ignored issues raised  by women.

Pat attended the Socialist  Woman conference in London in January 1972 as an observer,  contributing to a panel on women and trade unions.

In her Book Women, Class and Education (2002), Jane Thompson  quotes Pat from a letter as wanting the WIU:

…to be more like a Union-cum-Club… (to) look after members’ rights  and help with their problems out of work…to stand together…to stand firmly with kindness, firmly with consideration. Only this way can we hope to show the men folk the error of their ways and stay uncorrupted ourselves. (p.35)

Although it attracted 200 members, the WIU opted after a year to go into the Amalgamated Union of Engineering Workers. 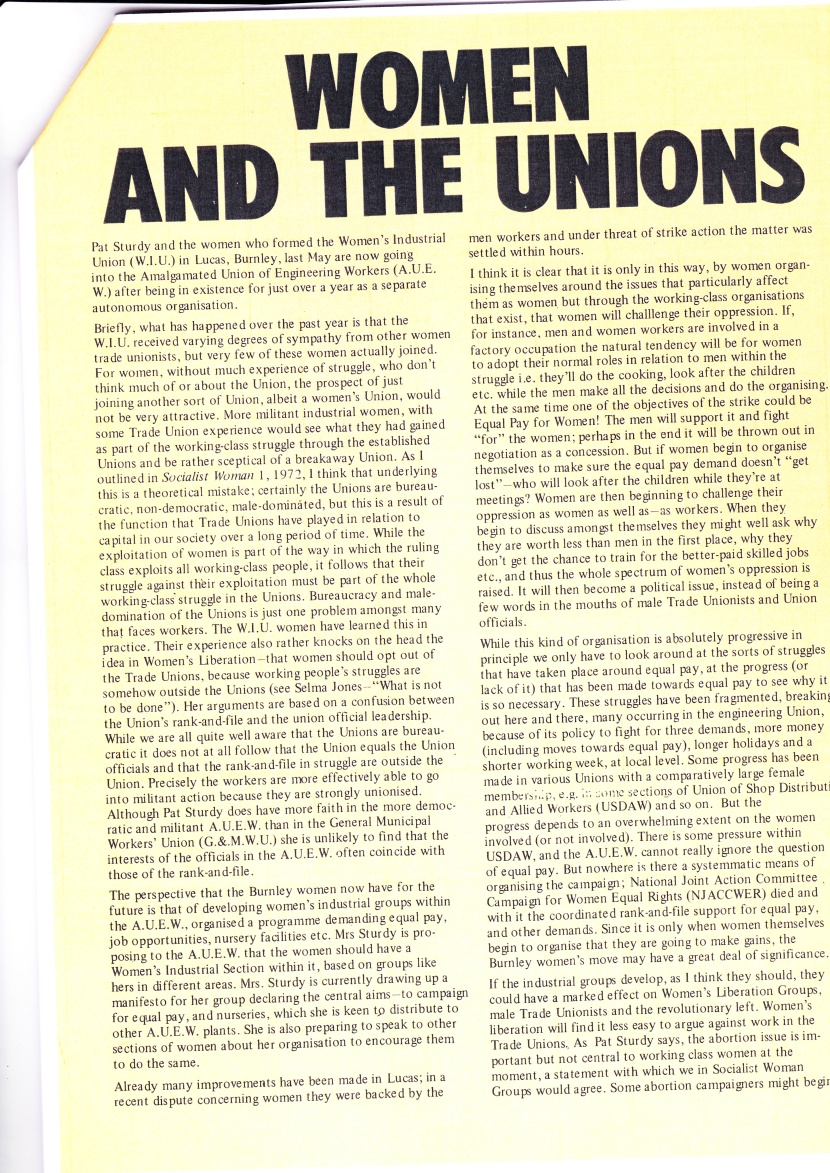 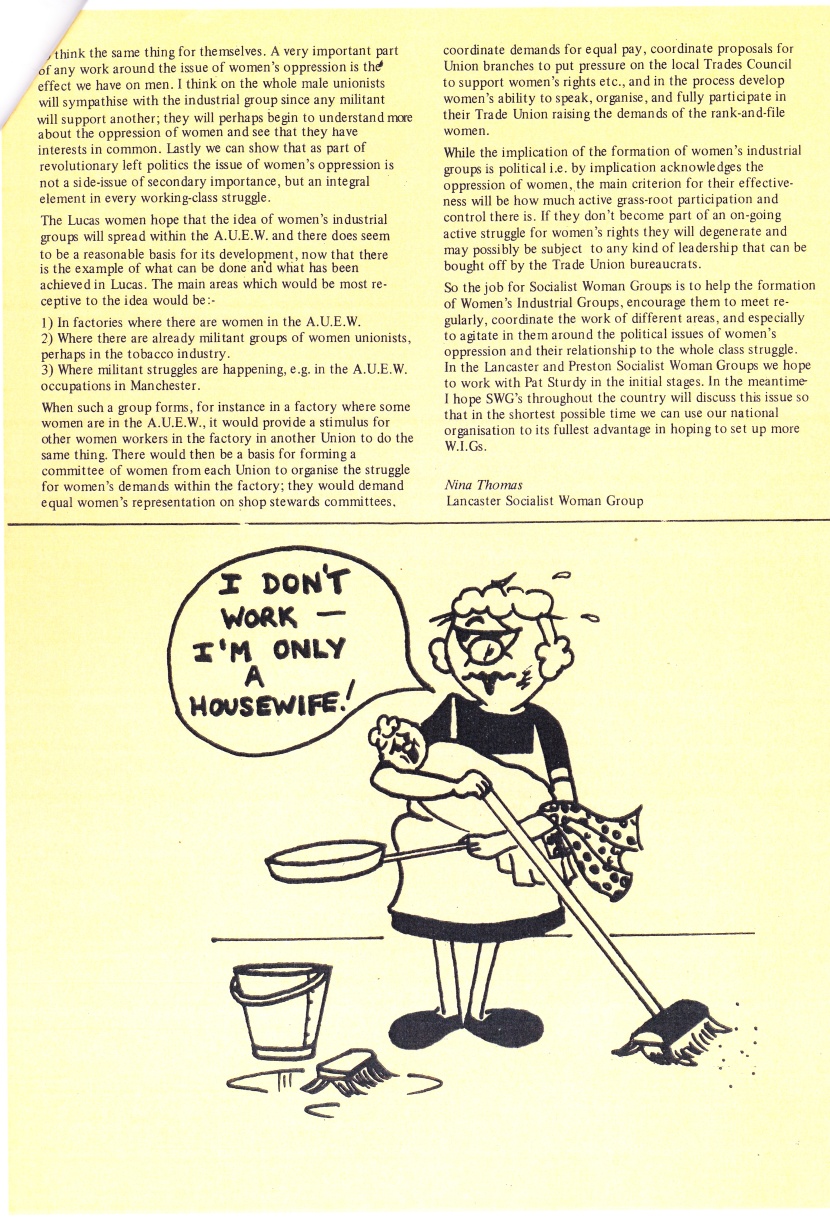